Microplastics are everywhere: in water, in the air and in the soil. How dangerous is this for ecosystems, for humans and animals, and how can the flood of plastic be stemmed? The experts provided answers to these questions at the second Dialogue Forum 2021 of the series "Small Things, Big Impact".

Europeans alone consume more than 60 million tonnes of plastic every year, according to the European Environment Agency (EEA). If it is not recycled or disposed of properly, it will sooner or later be found as microplastics in the soil, air and water. Nadja Ziebarth from the Bund für Umwelt und Naturschutz Deutschland (BUND) outlines the problem as follows: "Microplastics are everywhere and the sources are manifold". These include tyre wear, textiles, artificial turf on sports fields and playgrounds, road markings and cosmetics.

If we want to avoid microplastics, we have to take comprehensive action against them. Ziebarth is convinced that "we need a social awakening; it is not enough to make a few tweaks here and there”. This is a political issue and it will not fail because of the consumers. "According to a representative survey, 84 percent of consumers are in favour of more bans and regulations on microplastics.” 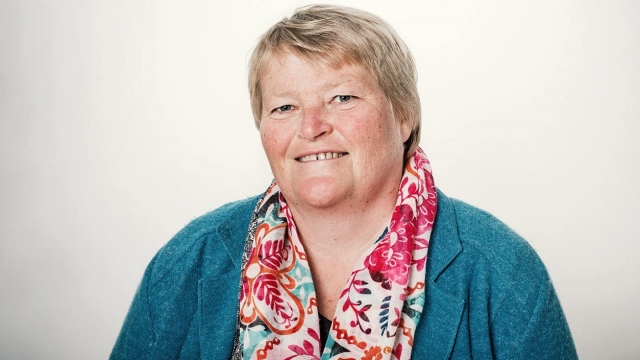 © Birgit Wingrat
We need a social awakening; it is not enough to make a few tweaks here and there.
Nadja Ziebarth
Bund für Umwelt und Naturschutz Deutschland (BUND)

Dr. Lars Gutow from the Helmholtz Centre for Polar and Marine Research made it clear that we still know too little about microplastics. "We don't even know how much microplastic is actually in the oceans." Because ten micrometres (millionths of a metre) is currently the limit to which particles can be detected, he said. But the smaller the particles, the more of them are found in the water. "It is not entirely known what damage microplastics cause in living organisms.” The plastics and their components are too diverse to be able to make a statement with certainty.

"Not all plastics are of equal concern. It depends on what kind of additives like plasticisers, UV stabilisers or flame retardants they contain," the marine biologist explained. Therefore, he said, one cannot speak of a specific effect of microplastics. "But that doesn't mean there are no effects just because we don't see them," Gutow admitted. Therefore, he said, one has to act according to the precautionary principle and reduce the input. "Microplastics will be with us for eternity, and the amount is not increasing linearly, but exponentially," Gutow made clear.

Dr. Sebastian Porkert, managing director and founder of ECOFARIO, relies on technological solutions. The start-up has built a system that removes microplastics from wastewater. "On average, 7000 particles per cubic metre of water end up in the environment after purification from sewage plants. Now you can calculate what sumsaccumulates when there are about 14 cubic metres of wastewater per second in Munich alone," the engineer explained. He sees the politicians as being responsible for alleviating the problem with consistent legislation.

© Gutow
I think it's dangerous to rely on technological solutions, because then you don't think about how to avoid plastic entering the environment.
Lars Gutow
Alfred-Wegener-Institut, Helmholtz Centre for Polar and Marine Research Bremerhaven​

Millions of tonnes already in the oceans

Even if it is possible to remove microplastics from wastewater, this does not solve the problem. "There are now an estimated 150 to 200 million tonnes of plastic waste in the oceans. We can't get them out, so the material becomes brittle due to UV radiation and gradually breaks down into microplastics," Gutow clarified. Attempts to filter these particles out of the water are not advisable, he said. "If you do this on a large scale, the damage is greater than the benefit, because we are interfering with a sensitive habitat and inevitably pulling out biomass there," he warned, adding, "I think it's dangerous to rely on technological solutions, because then you don't think about how to avoid plastic entering the environment."

Even biodegradable plastics do not offer a way out, as BUND expert Ziebarth clarified. "Biodegradable means that there are bacteria that dissolve the plastic, but this requires a certain temperature and humidity," she explained. In this respect, she said, it is a misleading word that can easily be misunderstood.  The biodegradable coffee cup simply does not belong in the next hedge. Plastics made from renewable raw materials such as maize starch or sugar do not offer a way out either. "Whether you produce polyethylene (PE) from petroleum or sugar makes no difference to the environment when it comes to breaking down the plastic," clarified ECOFARIO founder Porkert.

© ECOFARIO Janina Laszlo
Politicians have to fight against a strong lobby representing the chemical and oil industries.
Sebastian Porkert
Managing director and founder of ECOFARIO

So why don't we introduce a deposit on plastics analogous to the can deposit? "Unfortunately, I can't answer that question," admitted Ziebarth. In any case, it would be possible and helpful to stem the tide of plastic. "Politicians have to fight against a strong lobby representing the chemical and oil industries," Porkert pointed out. After all, the EU has created the legal basis for a more sustainable use of plastics with its Single-Use Plastic Directive, which was adopted in 2019. Among other things, it provides for a marketing ban on certain single-use plastic products and minimum quantities for the use of recycled plastic in plastic bottles. In addition, the directive makes it possible for certain industries to contribute more to the costs of cleaning up litter.

Ultimately, it is up to each individual to avoid plastic waste. "This works well for everyday consumption, for example with cosmetics or toothpaste that contain microplastics," says Ziebarth. Moreover, the problem of plastics should not be viewed in isolation. "This is just one factor that puts ecosystems under stress and can weaken them," says Gutow. Therefore, the dangers of microplastics should not be played down, even if we do not yet know all the details about the consequences.

The next Dialogue Forum will take place on 16 March on the topic of "Fine dust - the invisible poison".

You can find more information on the topic here: